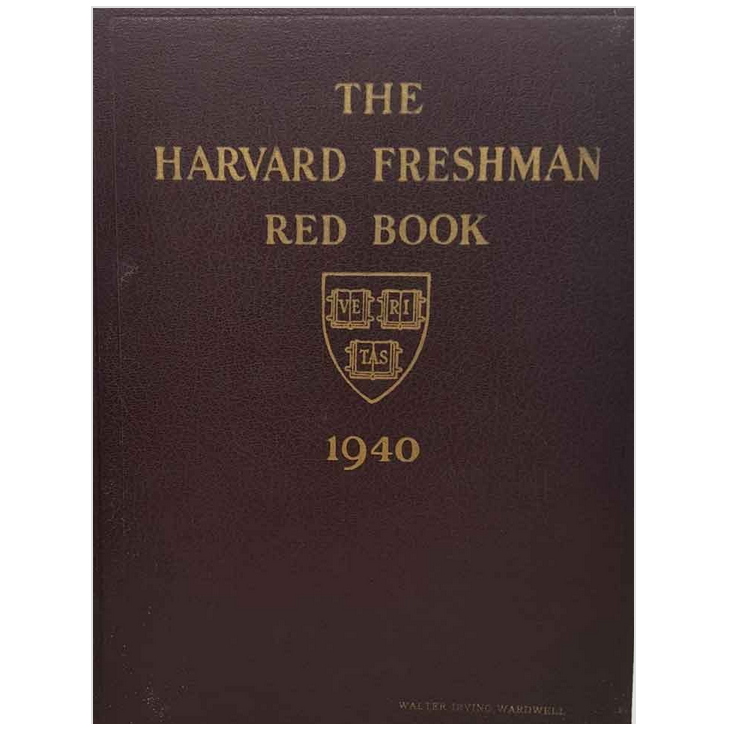 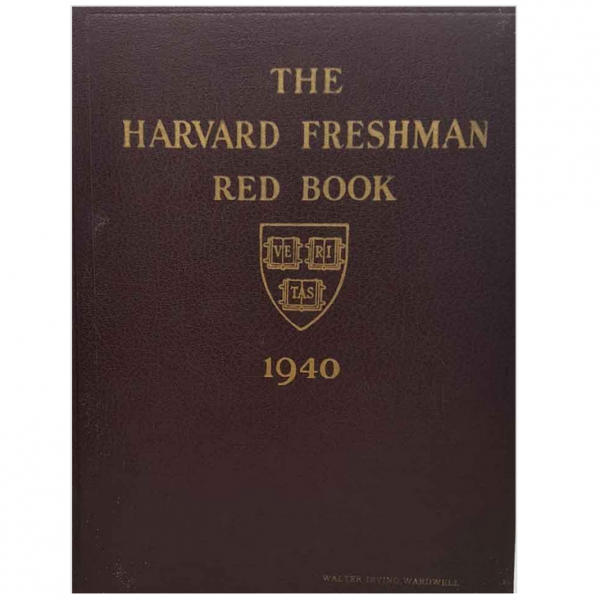 Hardcover book in very good condition with only minor wear. Amazing to see early photos of the future President and his activities at Harvard and those of his classmates like folk singer, Pete Seeger.

The front cover of the book is engraved as originally issued, in gold color with the name of the original owner, Stuart Stevens DeForest on of Kennedy’s classmates. 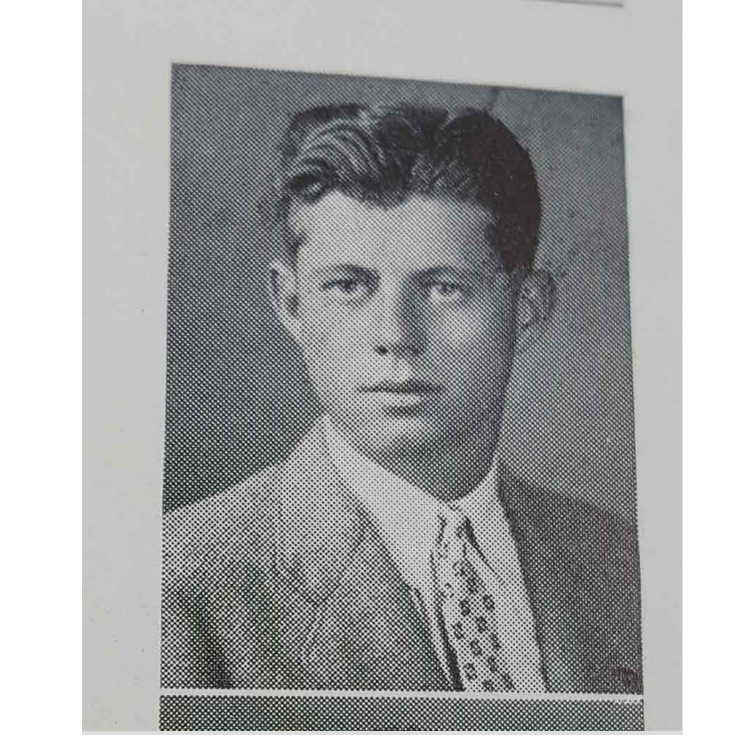 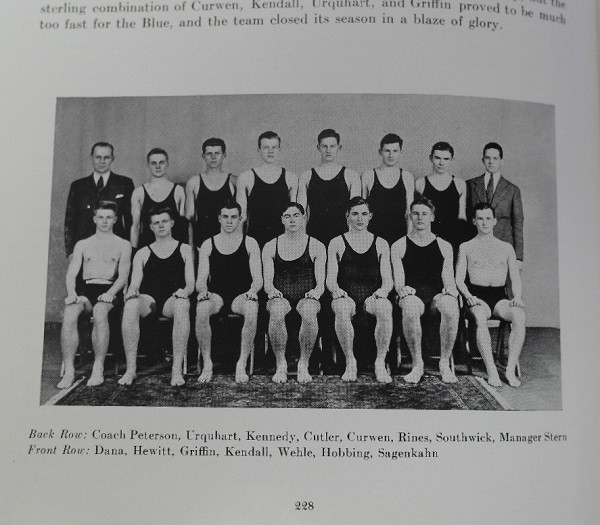 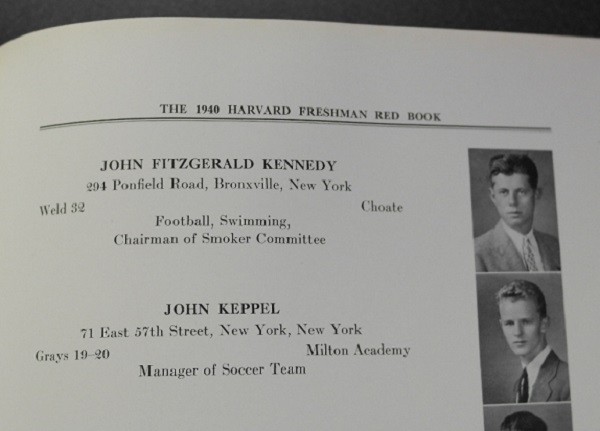 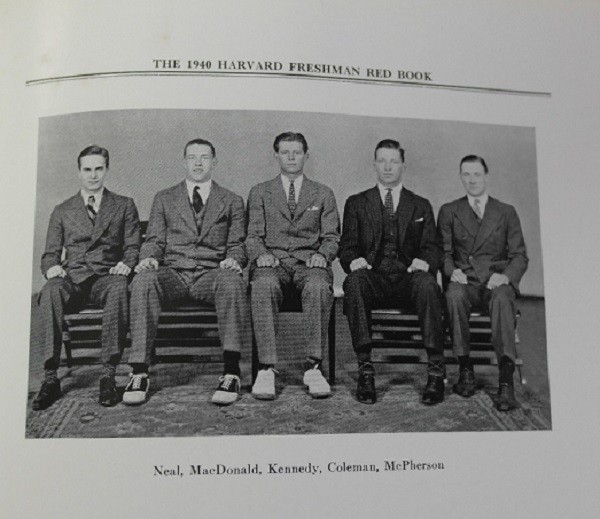