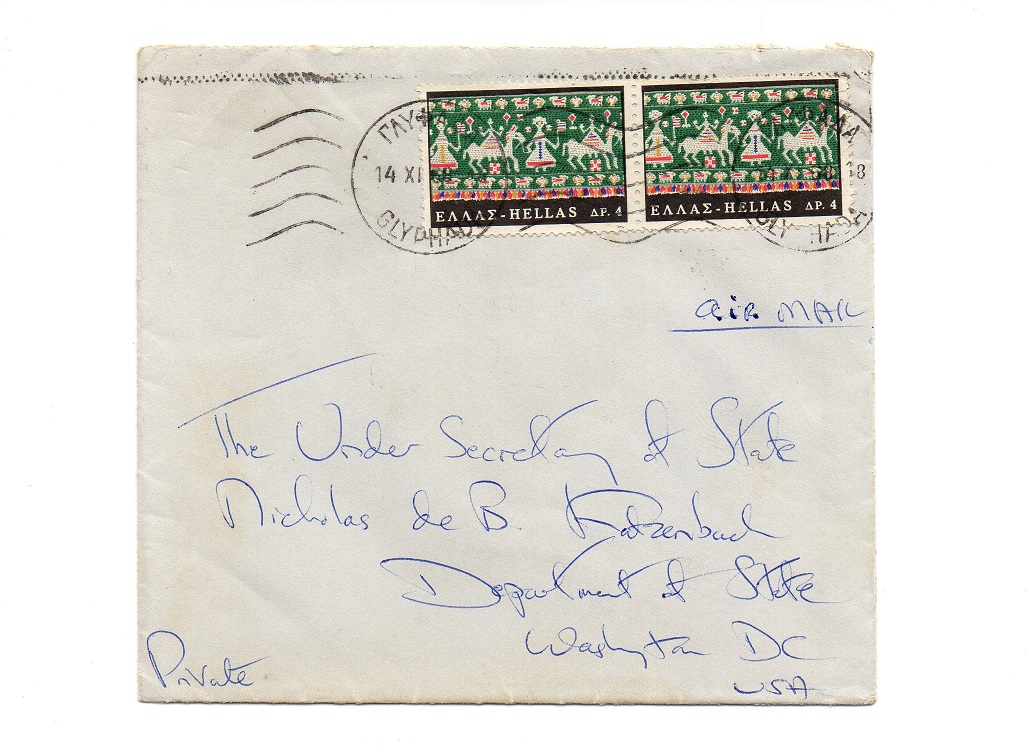 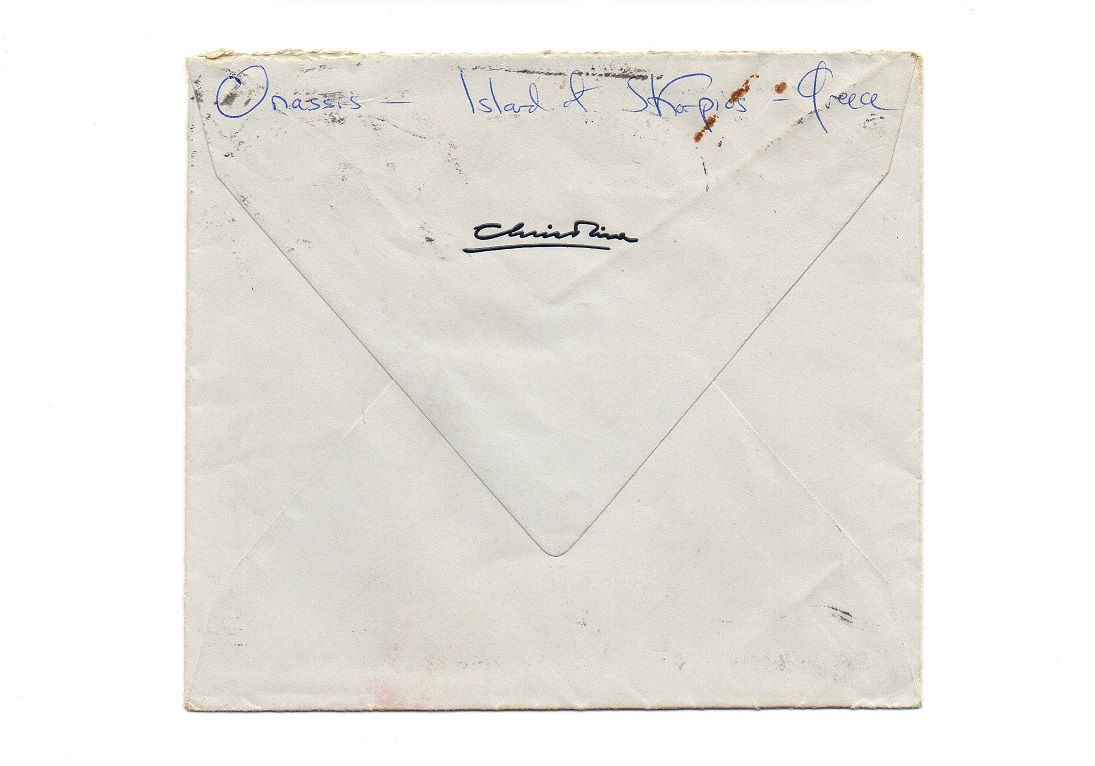 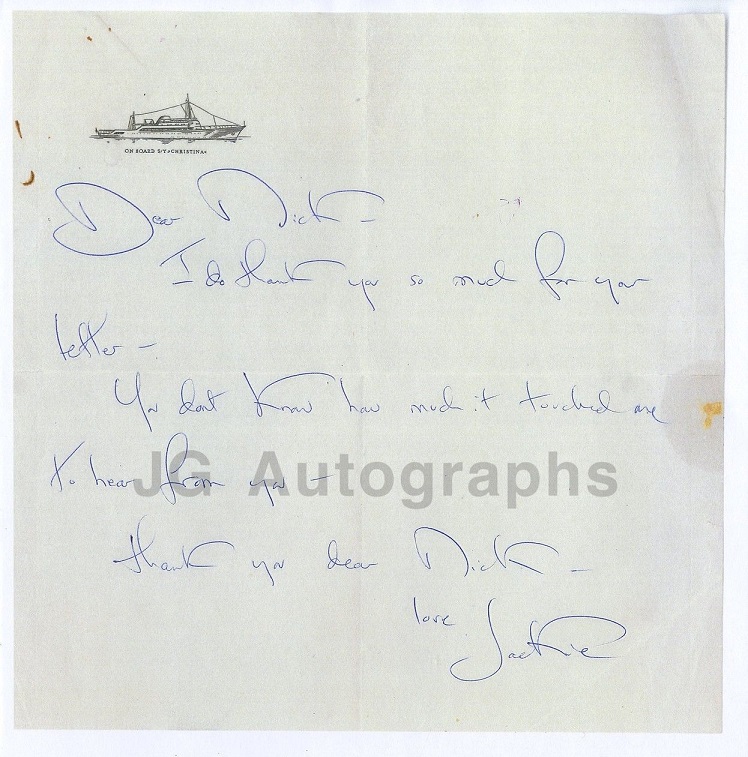 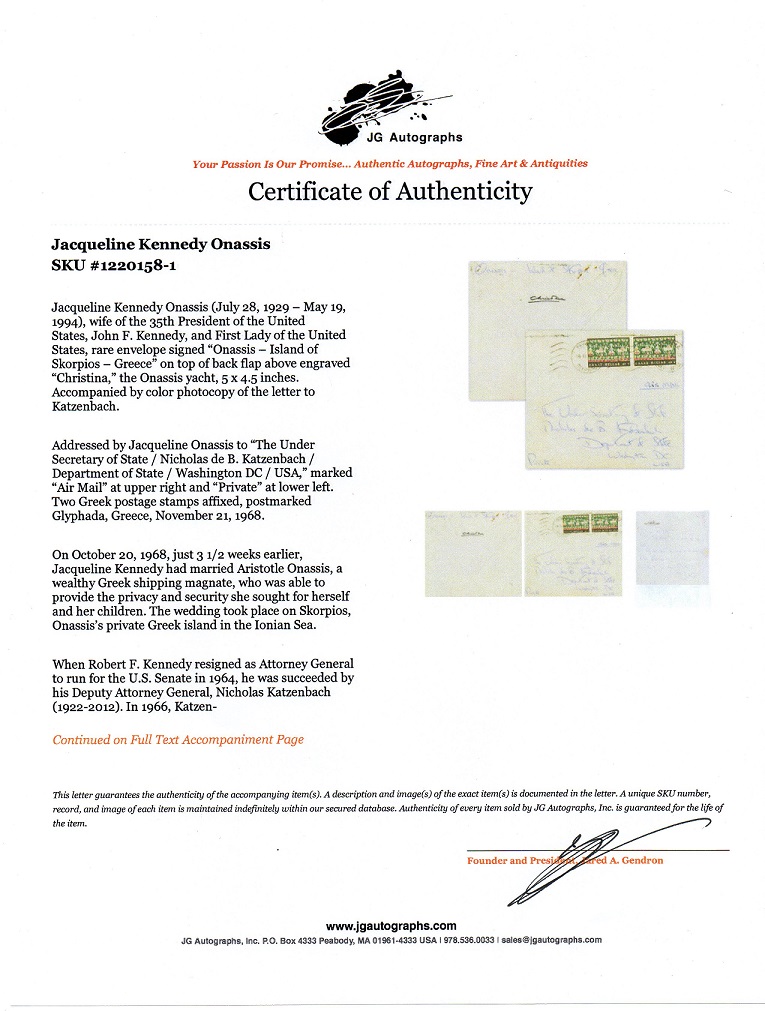 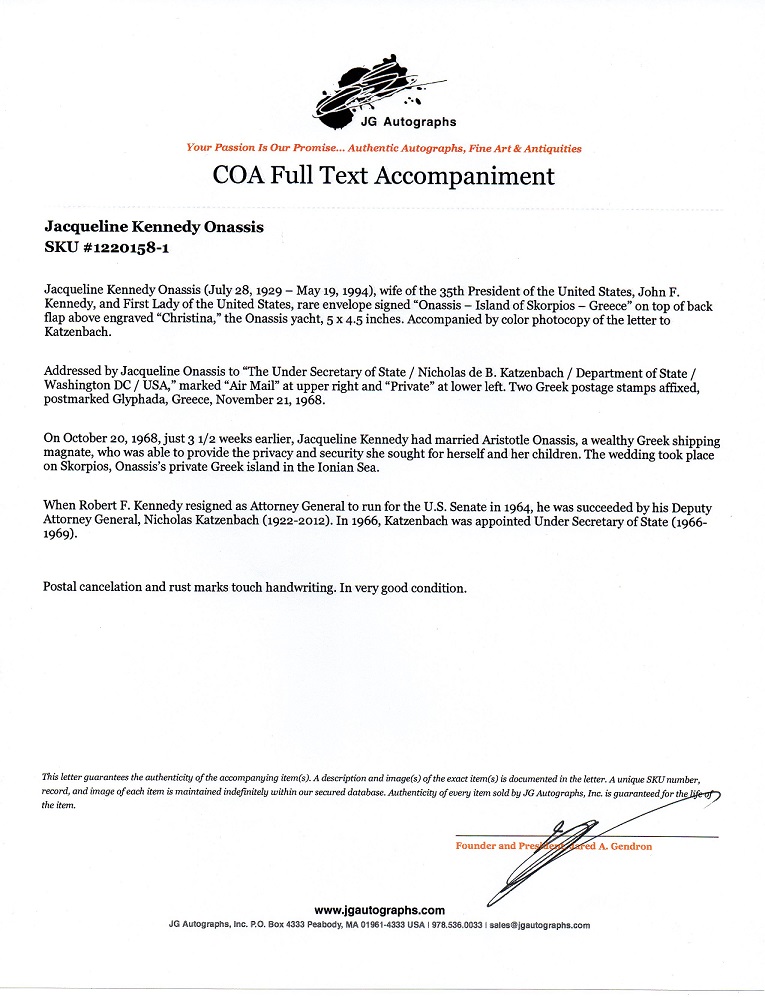 Jacqueline Kennedy Onassis (July 28, 1929 – May 19, 1994), wife of the 35th President of the United States, John F. Kennedy, and First Lady of the United States, rare envelope signed “Onassis – Island of Skorpios – Greece” on top of back flap above engraved “Christina,” the Onassis yacht, 5 x 4.5 inches. Accompanied by color photocopy of the letter to Katzenbach.

On October 20, 1968, just 3 1/2 weeks earlier, Jacqueline Kennedy had married Aristotle Onassis, a wealthy Greek shipping magnate, who was able to provide the privacy and security she sought for herself and her children. The wedding took place on Skorpios, Onassis’s private Greek island in the Ionian Sea.