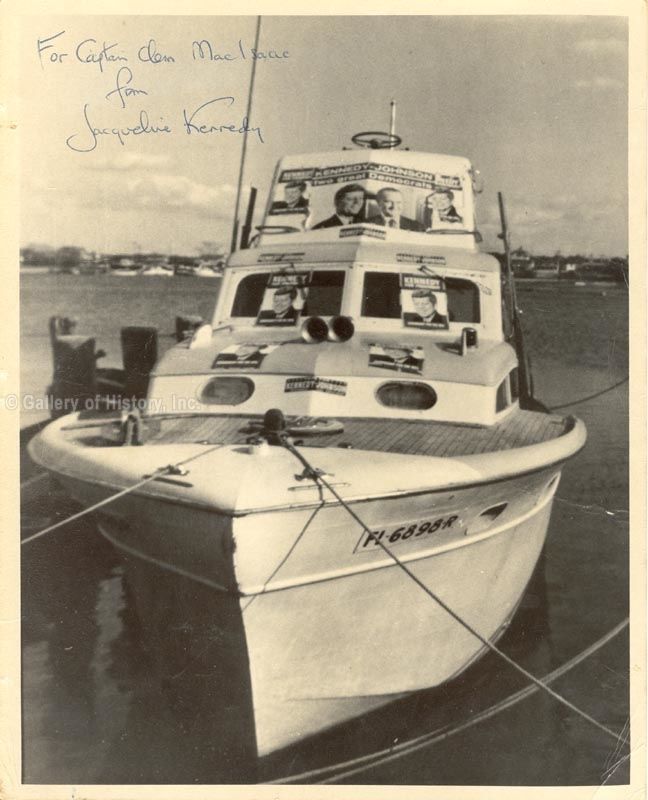 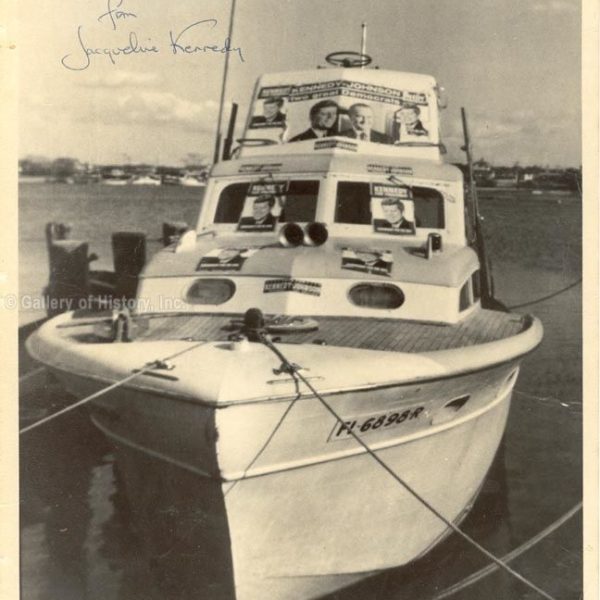 Please note that this item is an original, authentically signed historical document. Please do not be fooled by others selling copies/reprints as originals.
JACQUELINE KENNEDY
Black and white publicity photograph of a docked boat covered with 1960 Kennedy for President and Kennedy-Johnson posters.
Photograph inscribed and signed: “For Captain Clem MacIsaac/from/Jacqueline Kennedy”. B/w, 8×10. Note in unidentified hand on verso: “1962/Cape Cod/Jack Kennedy/Clem MacIsaac”. Pictured is a docked boat covered with 1960 Kennedy for President and Kennedy-Johnson posters. Probably signed as First Lady. Born Jacqueline Bouvier in 1929, Jackie married John F. Kennedy in 1953. The youngest first lady ever, she left behind no policy initiatives but set a high standard for style and grace in her person and in the White House, and with her tragic dignity after her husband’s assassination. From 1968 until his death in 1975, she was married to Greek shipping magnate Aristotle Onassis. From 1978 to 1994 she was an editor at Doubleday in New York. Although she influenced and wrote introductions for many other books, Jackie left no finished memoirs of her own. Minor surface creases, else in fine condition. 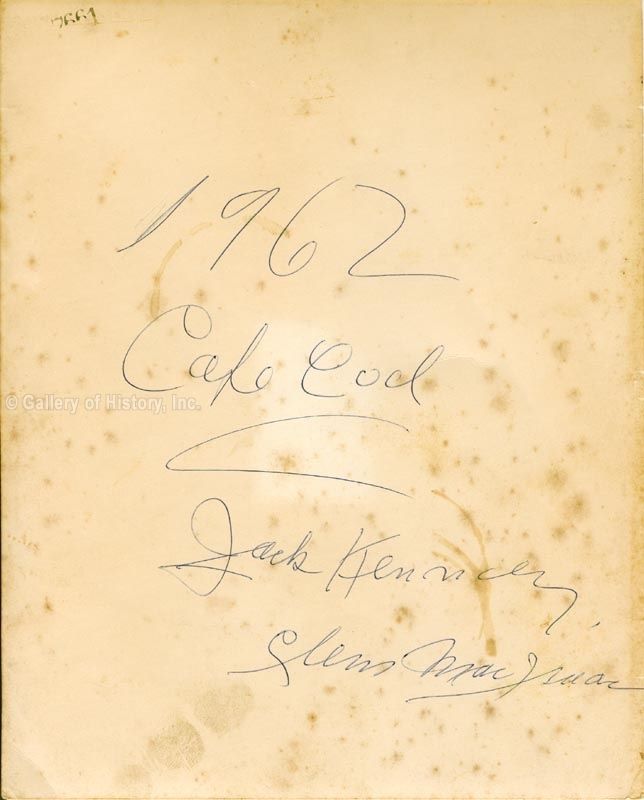