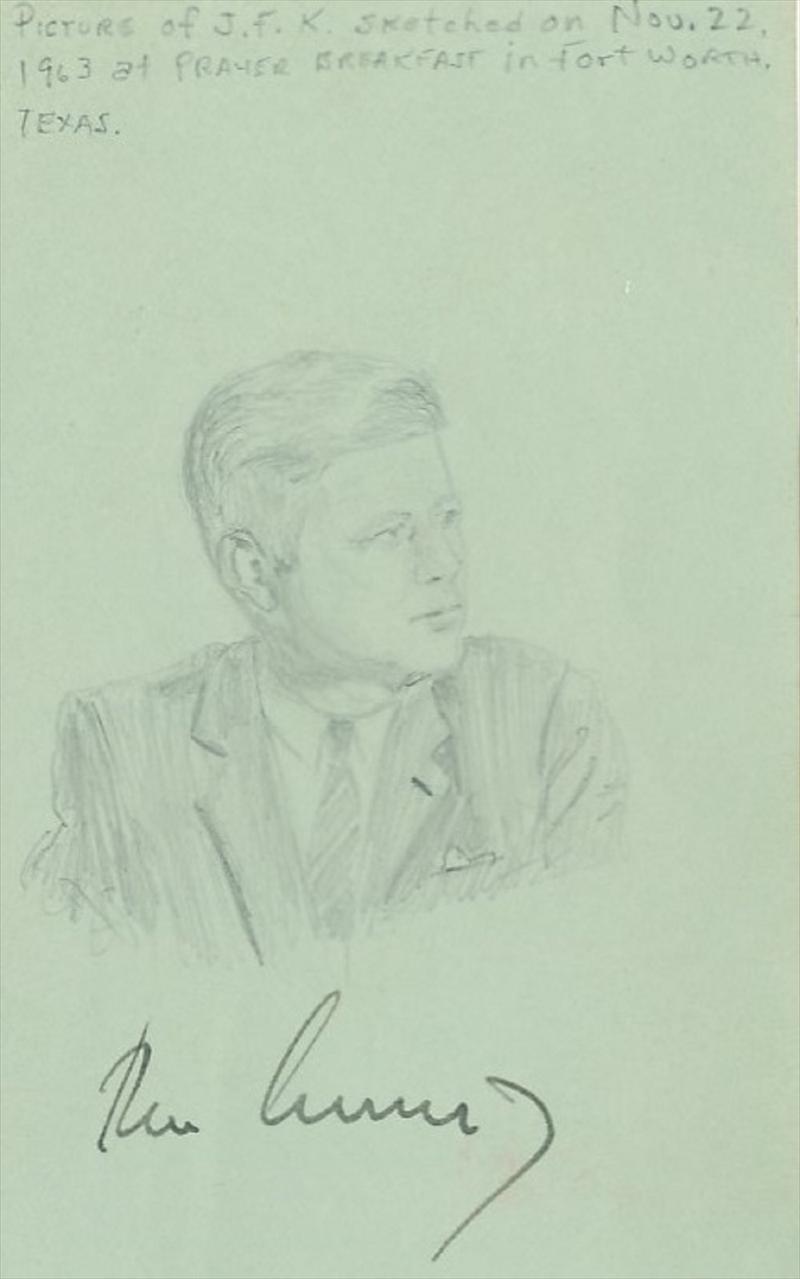 3X5 green index card containing an original pencil sketch of President John F. Kennedy. Notated by the artist at the top in pencil “picture of JFK sketched on November 1963 at prayer breakfast in Ft. Worth, TX.” President John Kennedy then signed it boldly in dark pencil below the sketch obviously after the prayer breakfast. What we now know is after this prayer breakfast he got in a limo, headed to Dallas where he wouldn’t have likely signed any autographs as he was with Jackie, then he gets into another limo in Dallas for his final fateful journey leading up to his assassination near the grassy knoll. This is most likely the last autograph JFK ever signed as no other has come to the market documented as being signed on the last day of his life. Comes with an original COA from Todd Mueller Autographs. 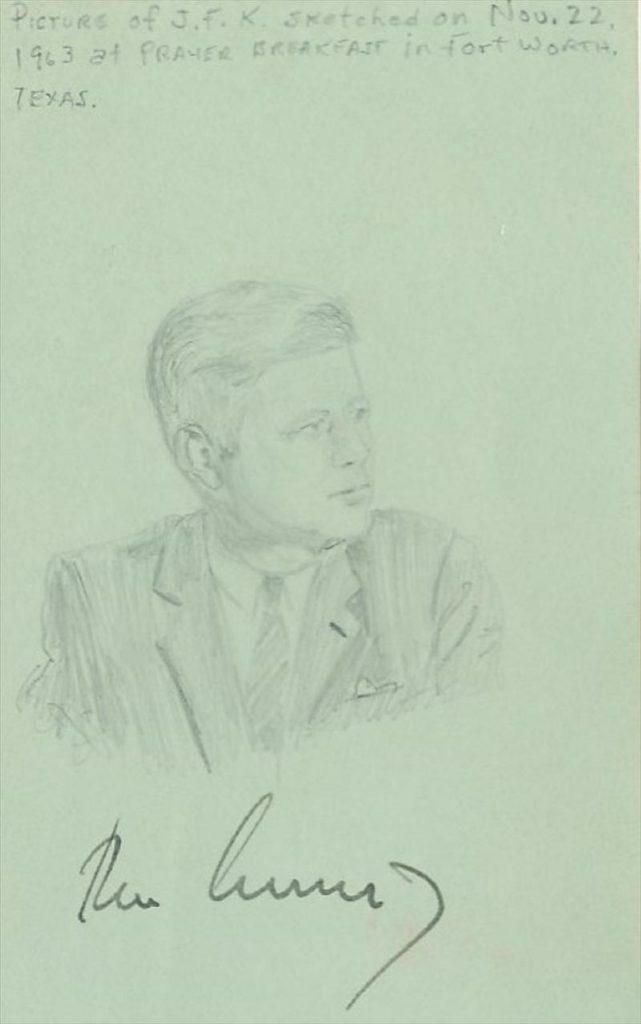 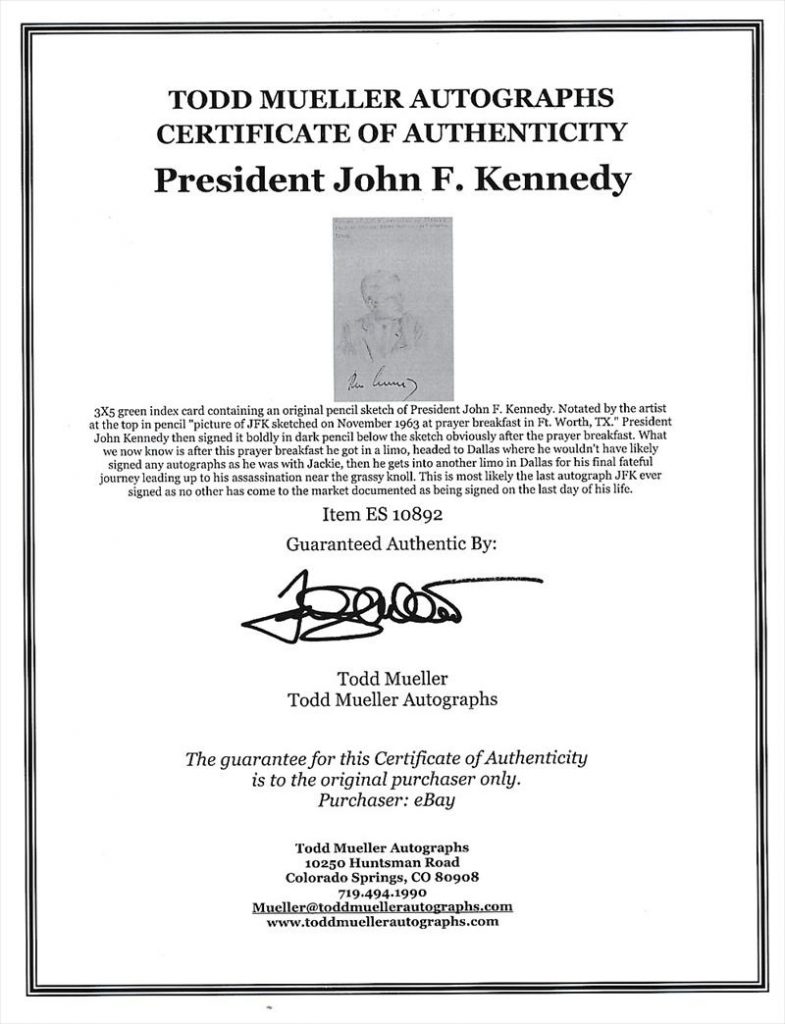