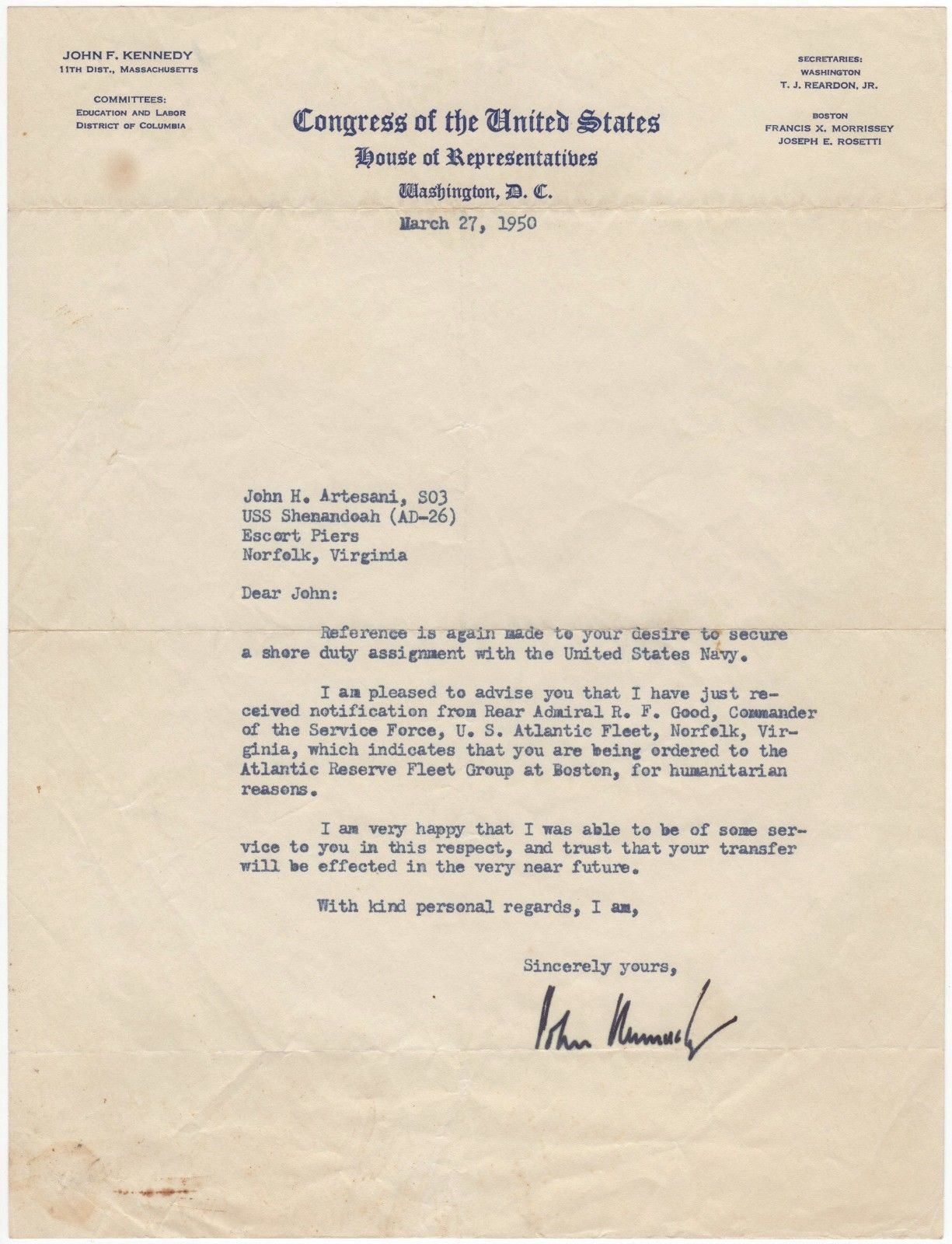 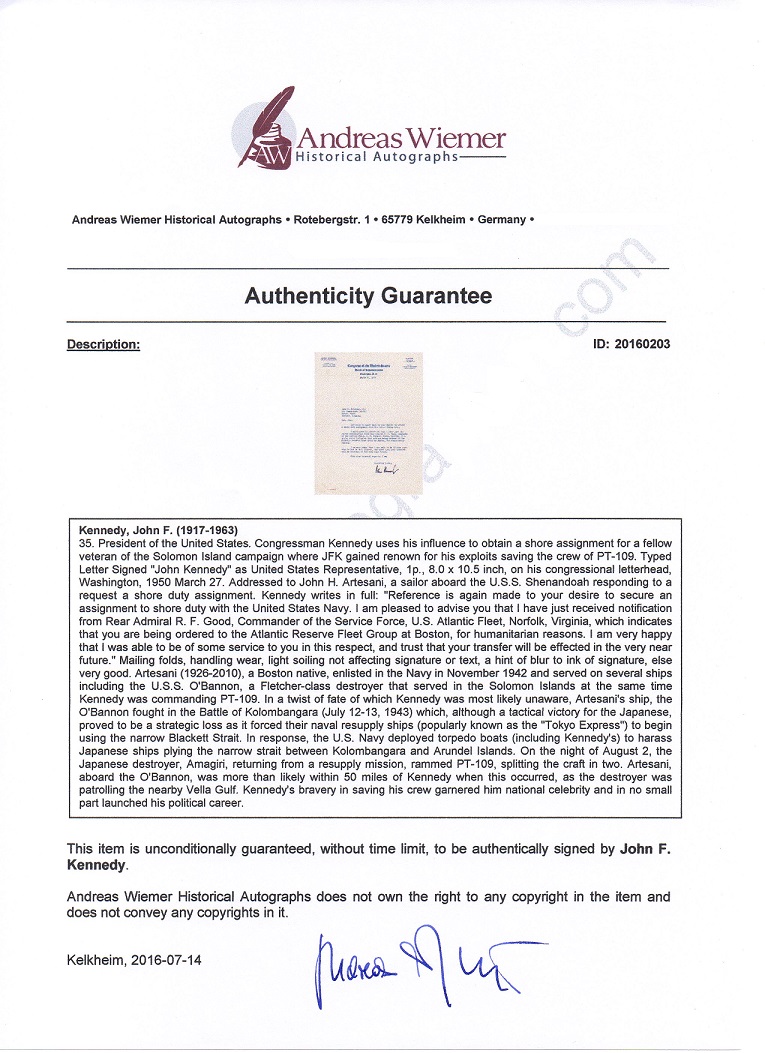 Congressman Kennedy uses his influence to obtain a shore assignment for a fellow veteran of the Solomon Island campaign where JFK gained renown for his exploits saving the crew of PT-109. Typed Letter Signed “John Kennedy” as United States Representative, 1p., 8.0 x 10.5 inch, on his congressional letterhead, Washington, 1950 March 27. Addressed to John H. Artesani, a sailor aboard the U.S.S. Shenandoah responding to a request a shore duty assignment. Kennedy writes in full: “Reference is again made to your desire to secure an assignment to shore duty with the United States Navy. I am pleased to advise you that I have just received notification from Rear Admiral R. F. Good, Commander of the Service Force, U.S. Atlantic Fleet, Norfolk, Virginia, which indicates that you are being ordered to the Atlantic Reserve Fleet Group at Boston, for humanitarian reasons. I am very happy that I was able to be of some service to you in this respect, and trust that your transfer will be effected in the very near future.” Mailing folds, handling wear, light soiling not affecting signature or text, a hint of blur to ink of signature, else very good. Artesani (1926-2010), a Boston native, enlisted in the Navy in November 1942 and served on several ships including the U.S.S. O’Bannon, a Fletcher-class destroyer that served in the Solomon Islands at the same time Kennedy was commanding PT-109. In a twist of fate of which Kennedy was most likely unaware, Artesani’s ship, the O’Bannon fought in the Battle of Kolombangara (July 12-13, 1943) which, although a tactical victory for the Japanese, proved to be a strategic loss as it forced their naval resupply ships (popularly known as the “Tokyo Express”) to begin using the narrow Blackett Strait. In response, the U.S. Navy deployed torpedo boats (including Kennedy’s) to harass Japanese ships plying the narrow strait between Kolombangara and Arundel Islands. On the night of August 2, the Japanese destroyer, Amagiri, returning from a resupply mission, rammed PT-109, splitting the craft in two. Artesani, aboard the O’Bannon, was more than likely within 50 miles of Kennedy when this occurred, as the destroyer was patrolling the nearby Vella Gulf. Kennedy’s bravery in saving his crew garnered him national celebrity and in no small part launched his political career.